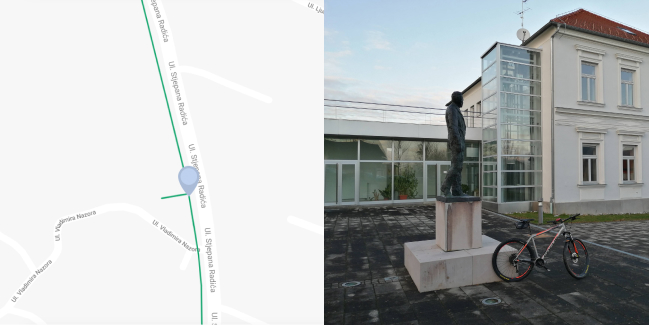 The town of Veliko Trgovišće stands out for its long and distinguished history. It was first mentioned in written documents as early as 1501, with a notable population increase at the beginning of the 19th century. Before that, the surrounding lands belonged to the estates of Counts Erdödy from Novi Dvori Klanječki – including Domahovo, Družilovec, and Erpenja, where most of the inhabitants lived. It is not much of a surprise, therefore, that most of the churches in the area were built by this noble family, which is especially significant for the Church of the Holy Three Kings in Erpenja, which had the oldest church of the Balkan region of the time founded right next door. There were no teachers in Veliko Trgovišće until the middle of the 19th century, and teaching was essentially just private lessons by the pastor. The public school in Veliko Trgovišće opened in 1860, owing to the efforts of the great Illyrian Toma Gajdek, who was the parish priest in Marija Gorica at the time. Classes were held in the parish vineyard house in Jezero, which was not suitable for teaching. A new school building was built in Veliko Trgovišće in 1891, and the classes began in October.

Veliko Trgovišće is the birthplace of the first Croatian president, Dr. Franjo Tuđman.

The route starts in the centre of V. Trgovišće, in front of the Franjo Tuđman Museum. Head south down the main road. The flat section leads to the childhood home of the first Croatian president, Dr. Franjo Tuđman. But even before you get that far, at just a hundred metres from the start, there is the Croatian company Rimac Automobili, known for their electric cars. Continue riding down the valley to the childhood home on the left before the uphill section. On the right, you can grab some refreshments at the Se-Mi restaurant.

Continue onto the uphill section. After riding back downhill, you’ll reach the first turn VT1. Turn right into Nikola Tesla Street and ride through the valley along the forest on one side, and the watercourse on the other, all the way to the VT2 Y-junction. Turn right towards the village of Zelengaj where you’ll once again come across a Y-junction, VT3. Turn right and keep going until you reach VT4, turn right, ride through a pleasant and serene valley, enjoy the tranquillity of the vegetation. VT5 keep to the right. VT6 is where a short uphill section begins, and at the top you will find a beautiful view of Medvednica and Zagorje. This is followed by a downhill section leading to the centre of Veliko Trgovišće, VT7. Turn right and visit the church of the Blessed Virgin Mary of the Seven Sorrows before making your way back to the route’s starting point.

The route is suitable for families and cyclists of poorer physical fitness. Easy, short, 100% on paved roads.

For additional information, contact the Pearl of Zagorje Tourist Board.

For a safe and carefree ride, study the map and all the necessary information or hire a local licensed cycling guide. A list of active and licensed guides can be found here.