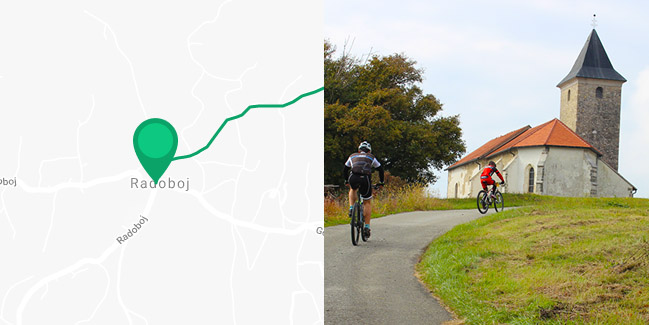 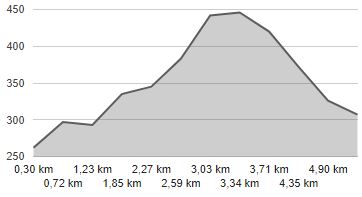 The Roman Road Route is also 6 km long and features paved roads in its entirety, just like the Calm Route, but it is rather straightforward and with very little traffic on the entire route. The first part of the route overlaps with the section of the “Quiet” Route which rises 90 metres, after which the route continues east and climbs another 70 metres to the town centre of Gorjani Sutinski, and then descends steeply 100 metres downhill into a deep green valley to the village of Očura. Therefore, it is quite demanding in spite of being short and involves sections of pushing the bicycle uphill. An integral part of the route is a 350 metre long turnoff to the church of St. James at a height of 458 metres, with one of the most impressive views in the entire region of Zagorje. If you turn left upon arrival in Očura, after 700 metres you can continue on equally attractive routes in the municipality of Jesenje.