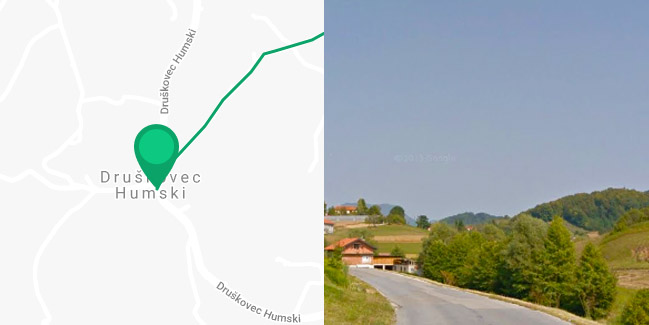 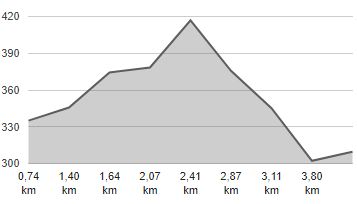 The municipality of Hum na Sutli – known for its glass-making tradition and the largest glass bottle factory in Europe – has designated a 4.4-km long cycling route called the “Druškovec – Orešje – Klenovec Hiking and Cycling Trail”. The route starts in Druškovec, on the state road D-206, and leads uphill, for 2.4 km to Orešje, followed by 2 km downhill to Klenovec. The whole route follows a paved road with very little motor traffic. What makes it stand out is the picturesque landscape with beautiful views and neat family houses. The route is short, but also relatively challenging, because it involves a rather steep ascent with a difference in elevation of 130 metres. Although there are no signs after that point, it is possible to continue the route in both directions, leading to Hum na Sutli, which includes roads without much motor traffic as well.